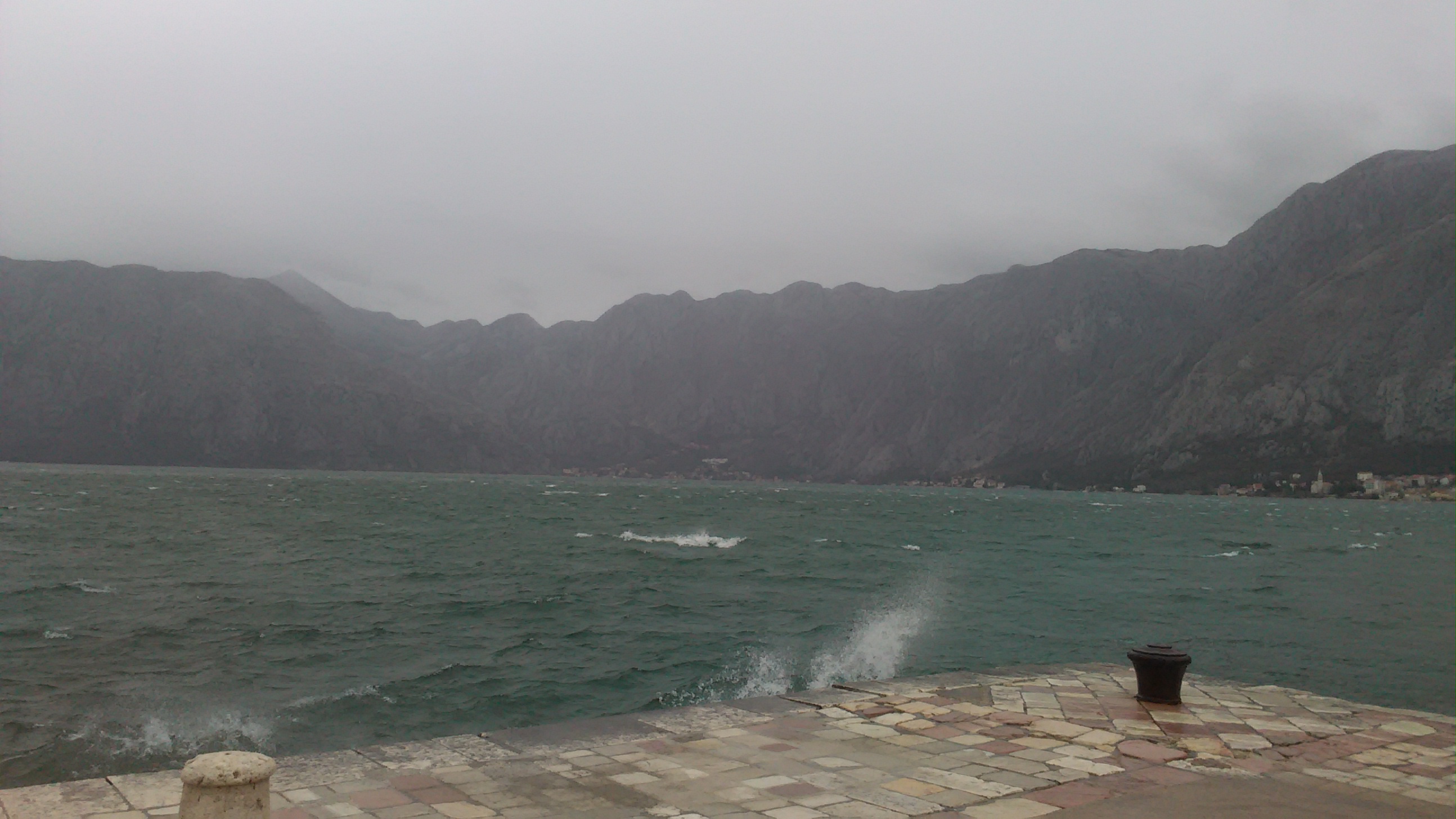 On a blustery winter day on the bay of Kotor, a 500 year-old carnival took place.

Sweet corn and chestnuts roasted on the grill under the church of  The Nativity of the Blessed Virgin. Strands of pink candy floss blew away on the wind as the parade came down the little main street. At the lead was a smiling herald boy in green paper hat, carrying the carnival emblem, Prcanj, 1376-1976. From the time of the Venetians, the village had been an important naval town, granted the task of official mail service of the Republic.  It was home to famous sea captains.   Now it seemed to sleep on the edge of the sea.

The carnival doll wore a blue cloth shirt and black pants, with a cardboard box over its head and a giant puppet head hanging off the back. Four dried palm fronds were draped at the neck and a wooden stake protruded from the belly. Boughs of mimosa flowers lay at its feet. It was wheeled on a cart, flanked by four figures in long white robes and pointed hats, a parody of the Inquisition, holding fake black unlit torches.

People gathered in the square under the banners for the mock court proceedings. An official in a top hat announced the condemnations, all the things that the carnival doll was guilty of.  It went on a long time. I understood nothing because it was all in Serbian. But I could see the parody of an ancient rite: the ritual release of collective woes…It was haunting. 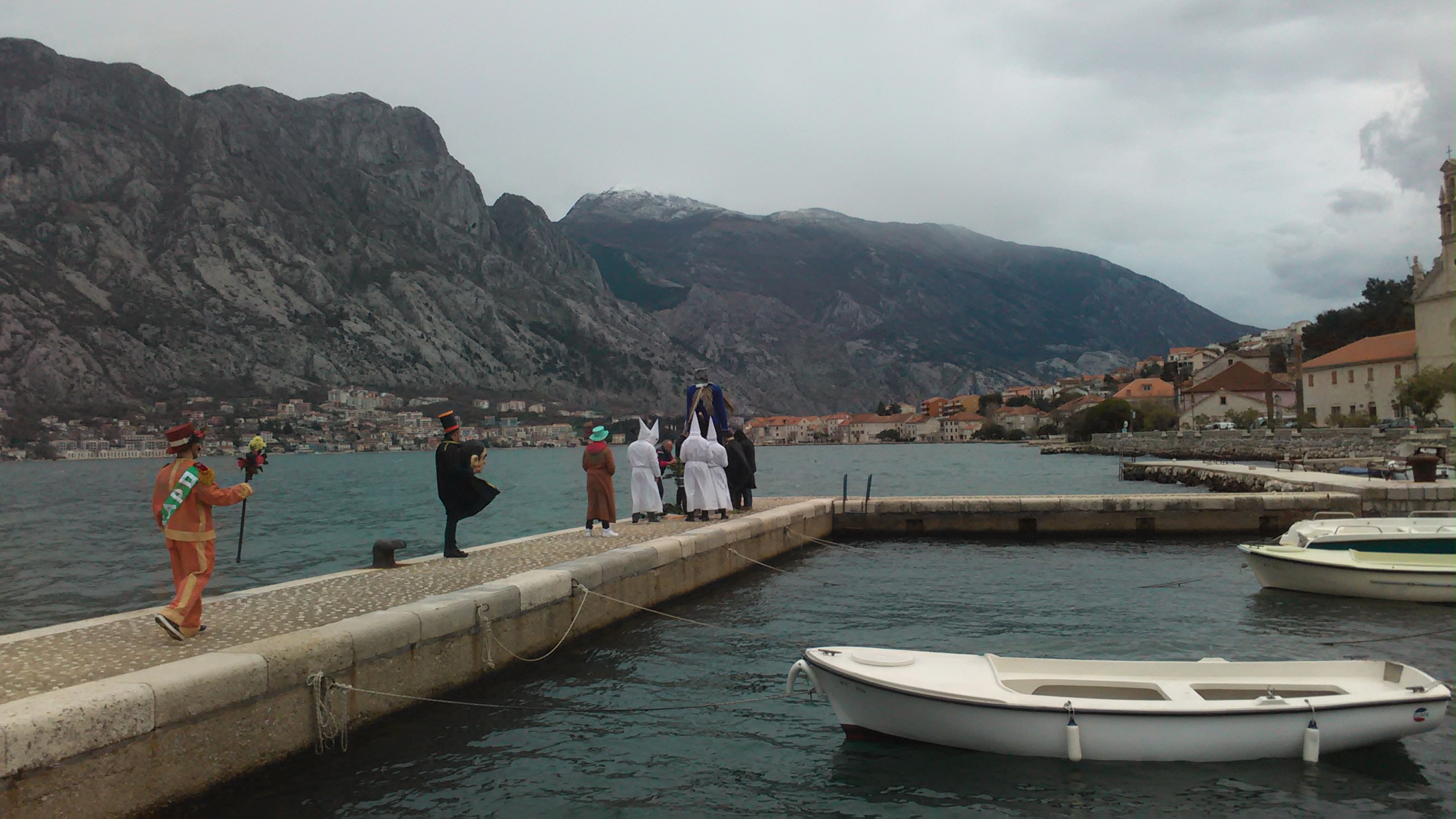 They wheeled the figure down to the end of the quay and lifted it off. They tossed the mimosa boughs at its feet. A man brought a bag of oil. They lit the doll and  flowers and the flames burned bright against the wall of mountains. People watched quietly, as it burned to char and ash. The smoke swirled in the wind. Then everyone went for coffee.