Some years ago, sixteen dead coyotes were found dumped in a ditch off a country road. I was used to seeing their tracks and signs on the escarpment, knowing they were there, and for days there was no movement, just silence. When the song was completed I played it over and over while I wrote so that it echoed through the house. In the evening I went walking through the forest in a trance, the music playing inside me. I stopped. No, the voices were real. Coyotes were singing on the mountain. “All is well. We are still here.” 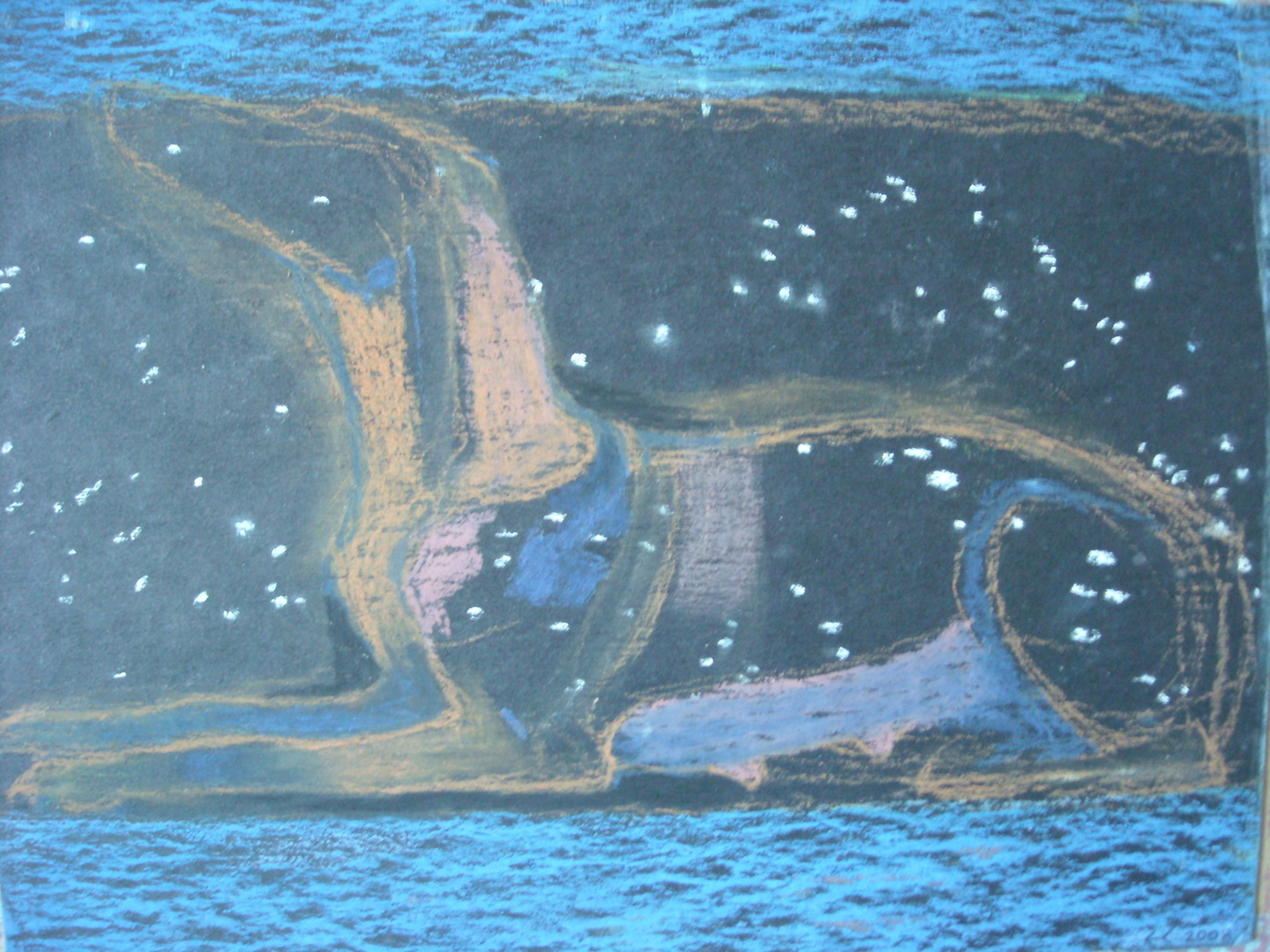 Dog of Stars, pastel on board, Erika Connor 2009