My Upcoming Book: An Artist Among the Wind Horses of Mongolia

My illustrated book: An Artist Among the Wind Horses of Mongolia will be published in the summer/fall of 2022 and will be available for purchase.

In the summers of 2005 and 2007, I was one of many volunteers from around the world who come to Hustai National Park in Mongolia to take part in the reintroduction project of the Przewalski’s horse. These horses have always been wild and may be the last true wild horses on earth. They came close to extinction but were saved. For thousands of years they were hunted for meat, and in the early 20th century they were captured and shipped away by European collectors. In the 1990’s they were brought back from zoos in Europe and released. Our job as volunteers was to follow and observe the harems in their ranges. The more time I spent with them the more I identified with them. The Mongolians called them Takhi, meaning “spirit horses”.

Silhouettes appeared, moving in a small line far away, like ants, sand and stone-coloured with spidery black limbs. They came down from the hills, creatures with heavy heads, short thick necks and black brush manes tipped in gold, soft black eyes framed in white, white noses, black-tipped ears. A snorting and soft rumbling, a thud of hooves.

Golden sun slanted on the high hills. The stallion walked along the path, holding his nose to the ground for long moments, ears tilted forward. He stood like a sentinel and breathed the wind. Here were traces of the old borders, the scar lines of a large paddock. The fence posts leaned in and had fallen in places, woven with grasses and thistle and loops of rusted wire. Thirteen years earlier, eighty- four horses had arrived in Ulaanbaatar in the bellies of planes and been driven in cargo trucks across the steppes to various enclosures erected along this valley. The enclosures were interim phases between captivity and the wild, a threshold. Inside, the horses would have felt the directions of the wind, the smell of strange grasses, the sound of scratching and howling, and they would have been afraid. It must have been a terrible shock as they bolted for the light.

I slipped across the grasses, becoming trees and rocks. Sometimes they passed so close I could have reached out my hand to skim their hides, the ribs, the tattered winter coats.

Excerpts from An Artist Among the Wind Horses of Mongolia, Erika Connor 2022 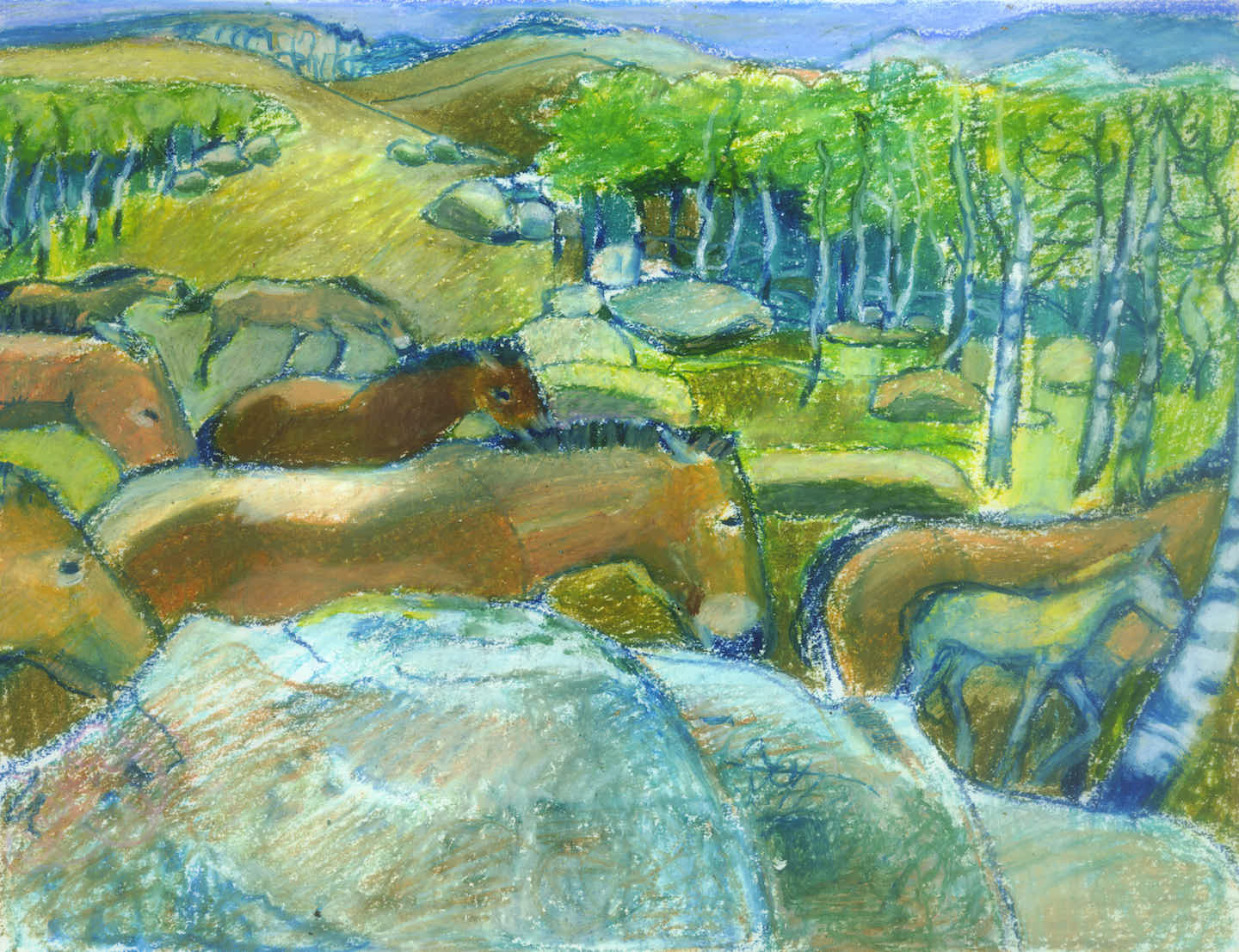