The Haflinger breed was developed about a hundred years ago in Austria and northern Italy. It can be traced further back to the Middle Ages, to Arabian bloodlines, and possibly, all the way back through the mists of time to the prehistoric Forest Horse, Equus ferus …

She is a little golden horse with long flaxen mane and tail, small, but wide around the middle. There is only one saddle in the whole stable that fits her. She reminds me of the Mongolian ponies, hardy and resilient. If she were set loose, she would go back to her original state.

It was the day we saw the cows that she tested me. We rode down the dusty  road. She was weaving her steps. She stopped at every sound, every movement, a tractor cutting hay, a white rag blowing on a wire, the look of the bridge and metal guard rails, the gurgling water, the sparkling lake. I pushed her on, over the bridge.  She stopped dead in her tracks. Her head swung to the right. There were cows at the back of the field.

Her body was a rock. I touched her sides, but she had forgotten I was there. I  used my voice and my legs. I kicked with my heels and she danced to the side. Two steps forward and she stopped again. She started chewing on her bit. I felt the waves coming from her. I decided to make her go forward a little further, then turn back. The cows were now running towards us, rustling, heavy-boned, primal creatures. The horse was blowing hard, dancing, pawing, trotting on the spot, almost cantering. I’ve been on runaway horses. They’ll break down a fence to get away. They become completely irrational. I leapt off and held her hard. Adrenalin was flooding my system and I was fighting it. Dangerous thoughts kept flashing: images of her bolting with the reins hanging, her foot getting caught…

I wanted to drop everything and run. That was her mind, the prey mentality. What did I really know about horses? The dust coated my boots. I held a 1000 pound wild animal on a string. The will is powerful. The only thing in my mind was the end of the road. The cows were flies. I was the leader and she could dance all she wanted, but she was held fast by me. My steady voice carried us all the way back, to the loud clinking of the bit being gnawed at with her teeth, and her sideways prancing. I had my elbow fixed at her chest.

I led her back to her herd. They recognized her fear and came running to meet her. They read the waves coming off her like a story. 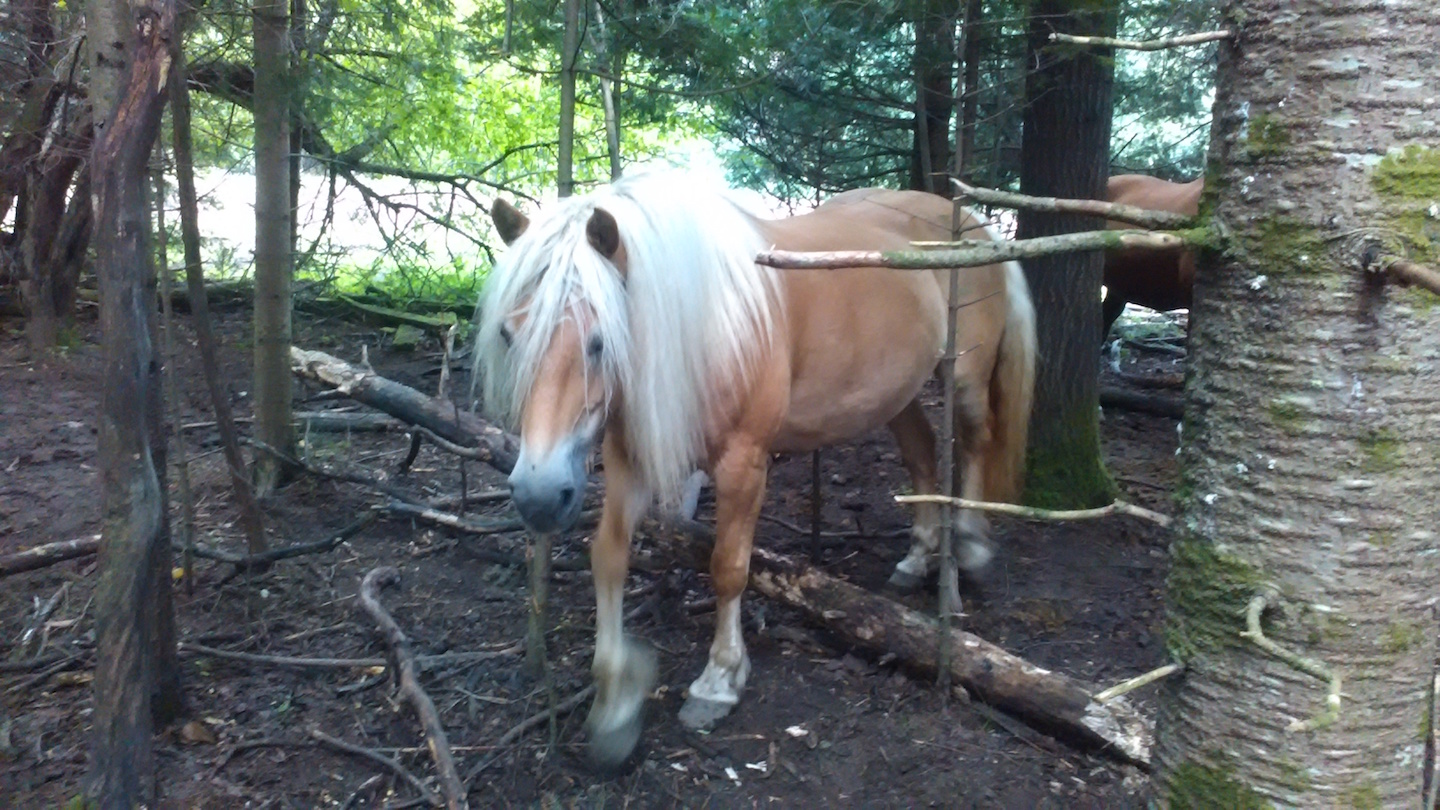